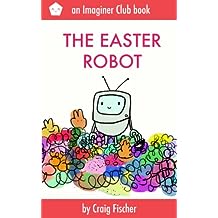 He joins us to talk about making his movies, the films he grew up loving, the very first movie he ever bought on 16mm, his favorite comic books, and what's on his Netflix queue. They achieved early YouTube success by creating live-action Garfield videos as funny and droll as it sounds and then built a YouTube empire, which they translated into work with some of the top names in comedy and some of the biggest brands in the world.

They talk to us about YouTube fame, internet irony, and why having their work shelved by MTV was a great break. The creator of Star Wars fandom remembers the father of anime fandom. He talks to us about building the Star Wars fandom and what George Lucas thought of it all and looks back on his friendship with Fred Patten, the father of anime fandom in the United States. The weird, abandoned, and mythical theme parks of Defunctland.

The channel focuses on all things theme parks, but instead of the usual POV ride videos and reviews, he features in-depth videos about rides and attractions that have gone away or never got made in the first place. It's a must-listen for theme park fans and people interested in American culture in general.

In this episode, we talk about defunct Disney rides, the famously perilous Action Park, and his favorite parks. Inside Japan's growing legion of adorable, bizarre mascots. An Englishman living in Japan for nearly two decades, Carlier documents Japan's growing mascot craze, photographing and writing articles about the endless array of creatures that represent everything from cities and sports teams to prisons.

He tells us about the best, worst and weirdest mascots he's seen, and breaks down how and why this craze continues to grow. Disney cover band The Little Mermen live the wholesome rock star life. Lifelong Disney fans and musicians, they've created a huge following across the country by taking beloved Disney movie songs and creating a live concert experience filled with rock covers, costume changes, and theatrics. They talk about their origin, how they've grown, touring the country, their favorite songs, and even play a medley of '90s Disney songs.

The Berenstain Bears "cinematic" universe. A mind-bending chat with a very obsessive Berenstain Bears podcaster! The Fandom Files is joined by prolific genre producer Adi Shankar! A Hollywood outsider, Shankar blitzed the place, breaking into the town on a whirlwind of creative energy and face makeup.

He made movie after movie, including cult hits Dredd and box office hits The Grey and did things his own way, as seen with his own unlicensed "Bootleg Universe" short films featuring his favorite superheroes and characters. Now, even as he stays productive and churn out some of his best work, including Netflix's Castlevania and the upcoming film Bodied, he's reassessing his career, his goals, and his future.

He gets candid in this one-on-one conversation, recorded in his hotel room during NYCC. There's a Chuck E. Cheese's fan convention, where adults can be kids.

Cheese's fans and the founder of Chuck E. Con in Dallas! Rivera, 31, tells us about growing up obsessed with the animatronic animal band, spending years in the Chuck E. Cheese costume, working for the company and his annual bash with devoted followers of Munch's Make Believe Band. Gabaldon tells us about how he became such a big Beto fan, then we talk about Trump supporters and other political devotees.

Geeky drag star Erika Klash is blazing a trail for nerds and drag queens alike. She tells us about growing up nerdy, discovering drag, being on a reality show, and creating her art. The multi-hyphenate is also a published comic book writer, whose love of X-Men and other geek franchises have inspired his creativity for years. Nerdy Jobs: Career geeks share their secrets to living the dream. Steve tells us all about his journey from scrawny nerd to a strong, entrepreneurial nerd whose company has helped tens of thousands of geeks get in shape while having fun. Queer Fanfiction: Where it comes from and why it's so damn important.

Fresh off their panel at Flame Con, "The LGBTQ History of Fanfiction," they tell us all about how fanfiction has played a role in their lives, its importance to young readers, and how it continues to be a rich source for fantastic storytelling and talented writers. It's the largest venue yet for the convention, which will welcome up to 10, visitors in just its fourth year. Gianaca previews all the panels, cosplay competitions, and unique features they have planned for geeks at the most welcoming convention in the world. Rehire James Gunn! Release the Snyder Cut!

Fan petitions, explored. The Fandom Files dives deep into the biggest protests and petitions in recent fandom history. We discuss the movement to get James Gunn rehired on Guardians of the Galaxy vol. George Takei won't censor himself or take the politics out of sci-fi. The Fandom Files is joined by iconic actor, activist and social media star George Takei! The long-time Star Trek actor speaks to us about his new app, the haters and trolls on social media, visiting Japan, and the politics of Star Trek.

Yu talks to The Fandom Files about his campaigns, making the deepfakes, and how they've changed his own life. Gunn, Godzilla, GBuffy! Debating San Diego Comic-Con's biggest stories. The Fandom Files takes a deep breath, chugs some more coffee, and looks back on all the big news to come out of this year's San Diego Comic-Con! Founded in by Sonali Samarasena and Kayla Mallari, the LA-based group mashes up geek and hip hop culture with incredible performances that are set to pop music and feature very detailed cosplay and props.

They spoke about their origin story, their ambitions, how they make they choreograph their dances, their costume-making process, and who pays them to dance. We drop in on a wide array of fans, ranging from grandparents to seven-year-olds and Batman diehards to Whovians and Supernatural ride-or-dies. They take us inside the makeshift camp sites, talk about the friendships they've made on the line, the best line-sitting strategies and the best celebrity visits they've ever received while camping out.

Lindsay Ellis is a Transformers scholar and YouTube star. Looking for Leia, searching for sanity in the Star Wars fandom. Ophelian — in addition to filmmaker, she's also a psychotherapist — has spent the last year and a half interview women Star Wars fans, and her project could not be more timely given the disturbance in the fandom. She speaks with The Fandom Files about the docu-series, the Last Jedi "remake" debacle, and how what's happening in the fandom now is linked to our greater political problems.

He gives us the inside scoop about designing the park in tandem with Pixar. Plus, we talk with Matt Roseboom and Banks Lee of Attractions Magazine, who give us a lay of the theme park land this summer and explain what it's like to live in Orlando. A cosplayer since , she has become well-known for her costume designs, live-streaming, and live appearances at conventions. She talks all about how she got into this new industry, how she handles living so much of her life live on camera, and where her career is headed.

https://evruhuncu.tk David is also one of the most prolific geek collectors out there, with a huge collection of comic art and movie props. He tells us about how he got started, his prized possessions, hiring a private eye to find move posters and other great anecdotes. Plus, we talk Veep and Trump! Kevin tells us all about his favorite awful movies, his least-favorite awful movies, and RiffTrax's upcoming live special on Space Mutiny. The filmmaker swung by our 30 Rock studio to talk with us about making his directorial debut, working with Jeff Goldblum spoiler: he smells great and gives even better hugs , Jodie Foster and Dave Bautista.

Hotel Artemis hits theaters on June 8! Duggan talks to us about his epic run on Deadpool, which he just finished in grand, very Deadpool fashion after six years on the book.

Duggan also talks about writing for Chewbacca and Groot, as well as discussing his new indie comic book Analog, which was optioned for a movie the very day we spoke to him. Fry, a lifelong fan of both sci-fi and the New York Mets, outlines his unique path to working for Lucasfilm and goes into detail about telling some of the most popular stories in the galaxy.


This is the biggest single exhibit of archival material from Marvel comics and props from the Marvel Cinematic Universe, and enshrines the company as an important cultural institution as if we didn't know that already. Ann tells us all about working at Marvel in the '80s, editing X-Men, and killing characters. Inside the biggest comic book collection in the world as certified by Guinness Book of World Records! Bob tells us about how he got started collecting comic books, how his collection got so damn big, his favorite superheroes and other characters, and how he got certified for that world record it sounds exhausting!

He also talks about his favorite new books and why he loves Riri Williams. OK, there was that brief period in high school when he painted denim jackets instead of rolling die, but let's ignore that.

You have Successfully Subscribed!

He also tells us about Titmouse's fine body of work, including collaborations with T-Pain huge animation fan and Dreamworks' Turbo, which no one really cared about. OK, so it's not actually that morbid — after a discussion about the highs and lows of Avengers: Infinity War, we bring on guest callers to talk about the TV and movie deaths that moved them to tears. We talk about the death of [spoiler] and [spoiler] in Infinity War, as well as stunning losses in Game of Thrones, Cowboy Bebop and other favorites.

A Doctor Who star goes serial killer and why MoviePass could save cinema. Inside the anime club in the New England Patriots' locker room. Guy tells us about his beloved Pokemon cards, which of his teammates love anime, whether Tom Brady and Bill Belichick qualify as otaku, and how much he still digs "A Goofy Movie. Wil Wheaton on the state of geek fandom in and his new books. Wheaton talks to us about how fandom has changed over the course of his 30 year career, from the start of Star Trek: The Next Generation to today.

He also talks about John Scalzi's new book "Head On," for which he reads the audiobook, and how its genderless protagonist points to changes in sci-fi representation. Plus, exclusive info about his own next novel! Weldon talks to us about the history of Superman — it's the Man of Steel's 80th birthday! Plus, we talk about Batman, Star Wars, and the highs and lows of geek culture as pop culture.

With the movie adaptation rumbling toward the big screen, Colin looks back on his most popular creation. He tells us all about how the game was made, the monsters he loves and hates, his secret cameo in the game, and getting to work on the set of the movie. Jesus Pwns: Can Gamechurch bring god to the gamer?